Who doesn't want to be the next Mr. Worldwide these days? You can too be both global and local at the same time...Exploring the world is really cool, but it's possible locally...even in Canada! Let me start off by presenting a problem and follow up with the solution...

PROBLEM: I've talked a lot about the fun in exploring culture through travel. As you may know, I've recently been seeking ways to explore for a portion of the regular retail price. Many people continue to ask me how they can get in on the great deals themselves. If you read my previous blog posts, the answer to traveling on a portion of the cost is quite simple. What I've found alarming though is the cluster of excuses that follows finding a deal for someone.

Some of what I hear includes:

"But Tom, I don't have enough money to travel."
"You don't get it, Tom. I don't have infinite time to travel like you do."
"Tom, but how do I know what to expect when traveling. I don't know if I should..."
"What about my friends, Tom? What if they don't want to come and travel with me?"
"No, I can't go, Tom...I don't speak the local language."

SOLUTION: Now that I am "all grown up" and have taken a full time "adult job," I have seen myself trying to make these excuses like my peers. I work weird hours and my schedule varies. It got to the point where it was time to stop the problems and pursue the solution.

The bottom line is that it comes down to you personally. If you, for whatever reason, do not want to explore or travel, you will find a reason to justify not doing so (This doesn't mean that you won't have regrets later on). You have to tell yourself that you are 100% open to exploring and stick to that philosophy. Drop the excuses and change your mindset. An open mind, a desire to meet new people and test your personal boundaries. You have to force yourself to want better for yourself. .It's literally that simple. Most people I've met put aside travel, doing cool things or doing what they want, but never actually get to it. JUST DO IT and DO IT NOW! A great post about your mindset, while traveling can be found here.
So you have no $$$? Bologna. You could be less spontaneous and set aside a budget of both time and money in advance, if that's what you prefer. You really do not need much money either. Although, if you're new to exploring, once you set an amount aside for your adventure, you can put some worries of spending too much to rest. For example: Waterloo to Toronto with a GO Bus is only $15.55. Most people say that's where most of the cool stuff is. Once you're there, finding cool people from there is free :).

No time? I work too much? More lame excuses...You definitely have at least 2 days off per week. Worst case, work will likely allow you to take time off for professional development or find an excuse to relate your adventure it back to your job. Conferences or events through professional associations (e.g. the Project Management Insitute - PMI) are a great way to do this. Make plans before and after the conference to explore the city and culture.

Don't know what to expect? Exactly, that's the cool part! Open your mind! See some of what we did to become more open minded when we were hesitant with the G-Club.

No friends? Your friends are being lame? Don't worry, you're not a complete loser! Talk to new people on the train, the bus, the plane, see what others are doing on sites like the ones listed below.

Language barrier? Who cares! Although most places you go know you will find someone who speaks a bit of English. Worst case, print off some basic words, pick up a couple beers, find a hostel and you're guaranteed to make friends. Some of the best times I've had were in countries where I didn't speak the local language, like Greece.

If you're new to this and still hesitant, work on your preparation. If you want to brush up on your Spanish, hit the Internet and check for free language meet-ups. Another option would be to go to a salsa club for a drink and some dancing. Perhaps a Hispanic futbol bar? What about a bite at a Spanish restaurant at College/Bathurst in Toronto? Be creative. Where do the people with similar interests or ones that can help you gather? Go there!

Now that we've dismissed all of the aforementioned concerns, let's focus on exploring the world at home and glocalizing you!

1) The first way to travel domestically includes Google Flights Explorer , Google Flights or Skyscanner....flight deals within the province or country are rare, but do arise occasionally. Get to know your culture and surroundings. This is a conservative way to transition the way you see exploring.

2) CouchSurfing: I've brought this community up several times now when traveling abroad. There are some cool features on the site that you can use domestically. First, you can host people in your home from around the world. It's a great way to learn about culture first hand and explore your culture with people who likely have significantly different views. Next, CouchSurfing has a newsfeed-type feature on the main page, similar to the one on Facebook. When you select your city, it shows you what local and international Couchsurfers are doing or would like to do in your own neighbourhood. Lastly, your could also find a city nearby and send a Couch Request. Who says that you cannot surf in your own country? This is a good way to meet locals who are also open minded explorers.

3) Wikitravel: Don't know your city? This site provides the basics of what goes on in cities you may want to explore. Here is downtown Toronto's wiki. What about the CBC museum?

4) You can find cheap deals at cool places filled with cool people on sites like LivingSocial, GroupOn, or TeamBuy. You can search for deals in your city and support your local businesses.

5) If you're still a student, check in with your university or college. There are TONS of on-campus clubs and cool people looking to do cool things. I used to be a part of the Polish Club at Conestoga and met many people from other clubs at my school, WLU and UW. You can even find urban running clubs!

6) In-town festivals are cool places to go. Although in Canada most these typically happen in the summer, some festivals do happen during other seasons. Check out Caribana Toronto in the summer or Winterlude Ottawa in the winter.


7) Thrillist: To be honest, I just came across this site as I was writing this post. It seems incredibly cool! What Thrillist claims to do is sift "through the crap" in order to find the cool things in your neighbourhood. This includes divided in five categories: eat, drink, travel, own and more. If you've used this in your city, shoot me some feedback

8) Open your mouth on the bus, on the train...don't listen to what your mother said. Go and talk to strangers! From there, you can figure out whether the conversation is going anywhere. (Shout out to Pippa and Richard from Sheffield who I met on the plane from Manchester). I like what has been going on lately on the TTC...Recently, I got stopped to write a positive and inspirational message on a blanket for a homeless person by these guys.
9) Volunteer. This could be for a festival, professional organization, or a charity. These are all great ways to meet people. You will frequently get discounts to enter the event, it is fun, and you are meeting a ton of people. I recently volunteered with Kitchener-Waterloo Latinfest.

10) Meetup is a great community. It is the largest network of local community groups. You can join Meetup groups or search by local events. I wouldn't advise the singles events, rather language or hobby groups. This is where the coolest people are. For example, I would suggest a. photography, language or sports Meetup. There are many similar sites, such as Party with a Local, but Meetup is the best from my experience.

11) National Parks and nature as an adventure. This is a good way to explore nature in your area. I was surprised at how many cool, outdoor places are close to big cities. Even cities like Oshawa or industrial Hamilton have Provincial parks in their backyard. This is a good way to slow down and take your mind off work. This option is obviously more for those who prefer "me time" over the company of others. This option is also a phenomenal bang for your buck.

12) Streetbank: Don't fret! Your neighbours can be cooler than Homer's neighbour. Instead of hating, get to know your neighbour. Streetbank aims to create greater sustainability through sharing things and skills with your neighbours. If you're new to town, this is also a great way to meet people in your area and find out how they explore. Save the environment and meet cool people!


Remember you and your friends can all get in on the madness and do cool things. The lesson is to get up, drop the excuses and do cool things now! Glocalize yourself and become the next Mr. Worldwide. Over and out. #SharingIsCaring 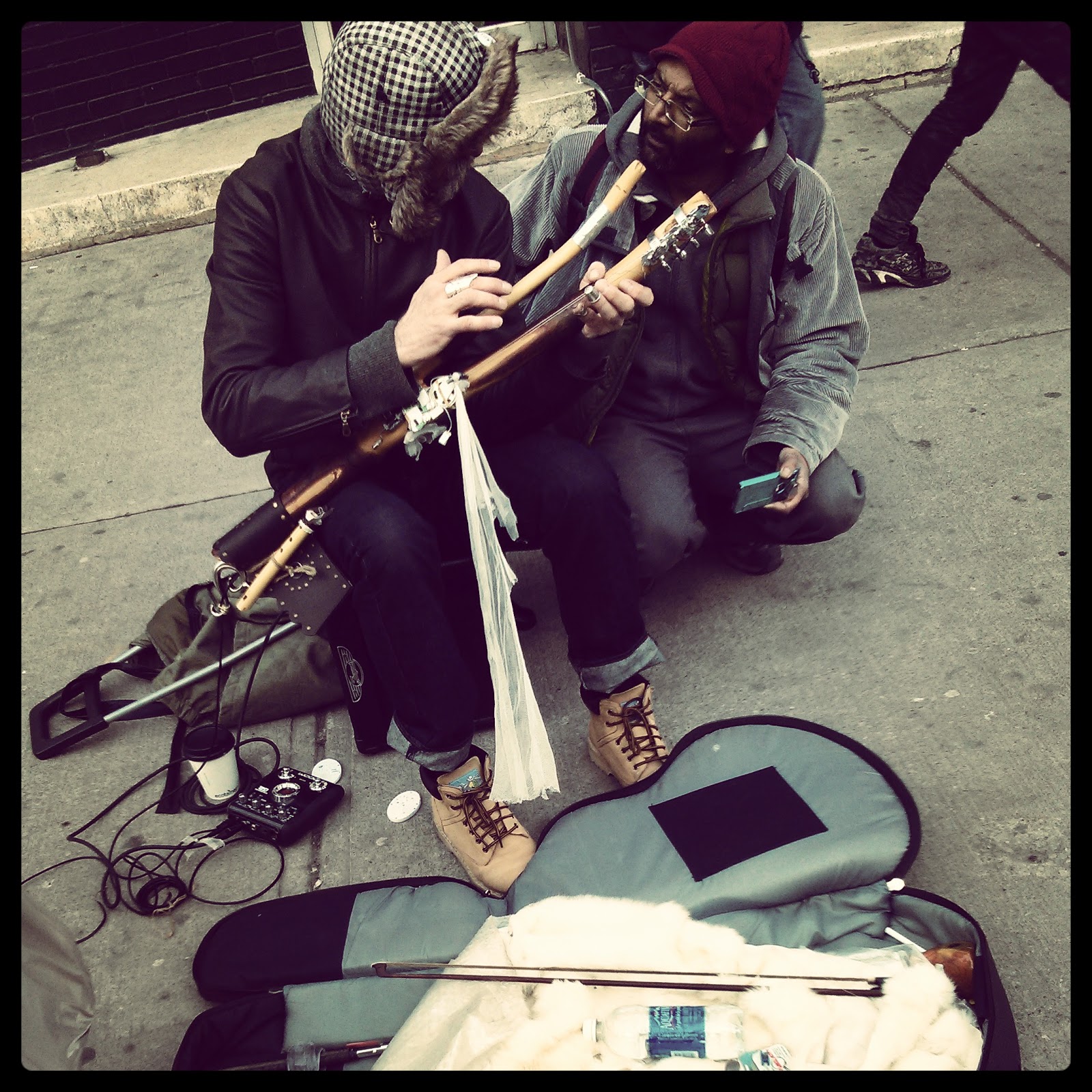 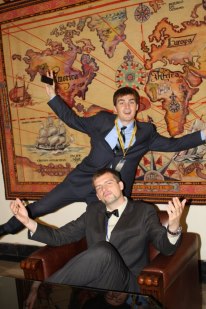 The Romek and Tomek Show facebook.com

Find a couple $ in your couch? You can help me go to CSCMP Annual Global Conference (Click Below)